HomePoliticsWill Trump Run in 2024 Election or Joe Biden Will Beat Him?

Will Trump Run in 2024 Election or Joe Biden Will Beat Him? 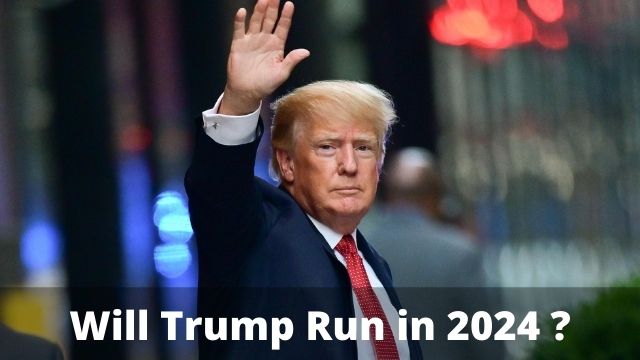 Will Trump Run in 2024: There are three alternative interpretations of Trump’s recent remarks, each of which has significant political implications for national politics and even the world scene.

First, he could be dealing with some major health difficulties that he isn’t disclosing. Trump, who will be 78 by the time he takes office if re-elected, has had access to the best health care in the world. However, his senior age, a coronavirus infection in 2020, obesity, and a well-documented bad lifestyle may be catching up with him.

There has also been widespread concern that he may be suffering from dementia. It’s not impossible that Trump, in a rare moment of honesty, blurted out loud what his medical team has been telling him all along: that he can’t physically or psychologically handle another presidential campaign, let alone another four years in government.

Second, it’s possible that Trump never planned to run in the first place, and he’ll use his health to justify prolonging speculation about his political comeback. I, along with presumably millions of others, recently received an email from Trump on behalf of Save America, an organization that raises funds for Trump’s Save America and Make America Great Again political action committees, congratulating him on his alleged hole-in-one while playing against “some of the best golfers in our country.” 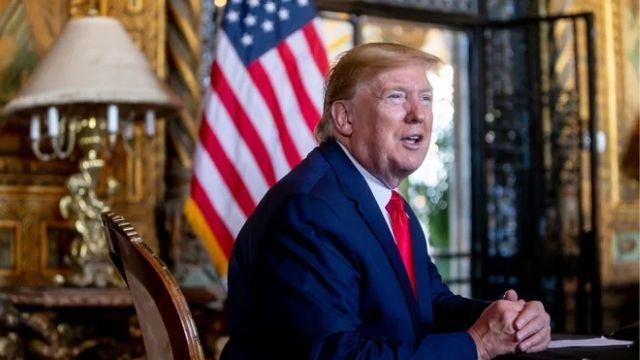 His fans were encouraged to help him celebrate by donating at least $75 to his political organization in exchange for a signed photo of him on the green.

This is just the latest in a bombardment of electronic missives from Trump begging for money from MAGA supporters. Trump has continued to milk his loyal group of followers for every last dollar after leaving office.

Trump’s post-election fundraising campaign, according to Cohen, is “nothing more than the world’s largest grift,” and Trump is “bringing in money more than when he controlled the Trump Organization with all of its assets.”

Trump has raised over $130 million from his devoted supporters since leaving the White House, largely because many believe he will return to politics.

But, eventually, the rubber will meet the road, and he’ll have to choose between announcing the third run and cutting bait. If he has no intention of running again because he is afraid of losing to Joe Biden a second time, he will need a suitable and unassailable justification for why he is not running after having made so much money.

He has created a complex and compromising position with his donors, and citing rising health concerns is a perfect way out.

One last option is that Trump is launching a test balloon. I’m reminded of a great Chinese war philosopher Sun Tzu’s quote, “Appear weak when you are strong, and strong when you are weak,” when I consider that probable health difficulty might prevent him from running.

It’s possible that implying that health difficulties may preclude him from running is a test of how other Republicans react. Do GOP heirs-apparent like Florida Gov. Ron DeSantis seize on Trump’s perceived flaws in order to gain an advantage in the run-up to 2024, or do they rally behind him in a show of sustained loyalty?

He’s normally tight-lipped about his health, so don’t take anything at face value, especially in the run-up to the 2024 elections.

Trump’s ego will make it impossible for him to stand down and pass over the GOP reins to a new jockey; instead, he will want to be regarded as a kingmaker, meticulously vetting potential MAGA successors and demanding unwavering fealty. Dropping clues about health difficulties could be part of the vetting process to see who he can manage once he steps down.

I continue to feel that Trump’s chances of running are better than zero. At a campaign gathering in North Carolina last week, he hinted at another presidential run. In any case, it’ll be interesting to watch if he brings up his health difficulties again in the run-up to 2024.

Joe Biden has informed Barack Obama that he will compete for re-election in 2024.
Two anonymous sources were cited by the website. Biden “wants to run and he’s definitely letting everyone know,” according to one source.

It’s unclear when Biden informed Obama of his plans. Obama, on the other hand, paid a visit to the White House earlier this month to commemorate the Affordable Care Act.

When Obama introduced his guest, he referred to him as “Vice-President Biden.”

He laughed and added, “That was a joke.”

Biden became the oldest president in history when he was sworn in at the age of 78. He would be 82 at the start of his second term if he were to win again.

Biden’s approval ratings have dropped amid a slew of crises, ranging from Russia’s invasion of Ukraine to the coronavirus and rising inflation at home. Republicans are expected to reclaim Congress in November, according to most experts. However, the president has made numerous indications that he intends to run again.

Biden and advisers told allies he planned to run again in September, according to reports. Biden declared in December that if he stayed healthy, he would run for president. He also stated that his vice-president, Kamala Harris, would be on the ticket again.

Biden remarked in a December interview with ABC News that another Trump candidacy would “raise the likelihood of running.”

In March, Biden mentioned Trump again in Brussels, saying, “In the next election, I’d be extremely lucky if that same man ran against me.”

Trump, 75, is preparing to run for president for the third time.

According to one of Hill’s sources, Biden “believes he’s the only one who can beat Trump.” I don’t believe he believes anyone in the Democratic Party can win Trump, and that is the most important factor.”

Biden stormed to victory in the Democratic primary in 2020, riding a wave of Black voter support and a growing perception that he was the party’s best shot of defeating Trump.

Obama reportedly underestimated Biden’s ability to win the 2020 election, according to books and reports about the campaign.

“Obama was apprehensive about [Biden’s] prospects,” writes Edward-Isaac Dovere, author of Battle for the Soul: Inside the Democrats’ Campaigns to Defeat Trump. He doubted Biden’s ability to be a disciplined candidate.”

Dovere reportedly claims that Obama questioned Biden’s stamina for the election, questioned if he possessed the necessary “swagger” for an American president, and was concerned that his vice president had “problem… connecting with people.”

Obama “undervalued Biden’s political ability because they had such different approaches,” according to Jen Psaki, currently Biden’s White House press secretary, according to Dovere.

What Do You Know About Rich Strike: The Kentucky Derby Winner?

Toy Boy Season 2: When Will the Second Season of Toy Boy Be Available to Watch?