HomePoliticsWhat Does Codify Mean in Law in The US? Why Codify Law?

What Does Codify Mean in Law in The US? Why Codify Law? 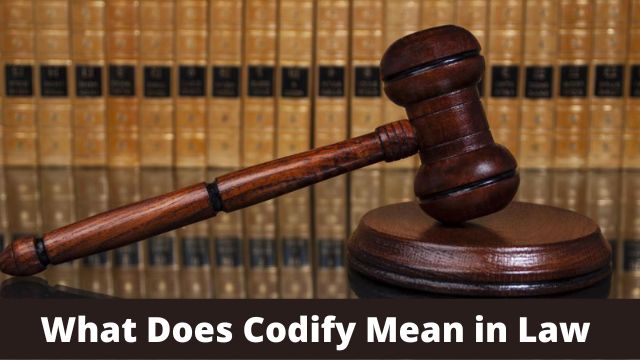 What Does Codify Mean in Law? Codification is the process of gathering and restating a jurisdiction’s legislation in specific areas, usually by subject, to produce a legal code, i.e. a codex (book) of law.

One of the distinguishing characteristics of civil law countries is codification. Codification is the process of transforming and integrating judge-made law into statutory law in common law systems, such as English law.

What Does Codify Mean in Legal Law In The US?

Acts of Congress, such as federal statutes, are published on an individual basis in official pamphlets called “slip laws” in the United States, and are put together in official bound book form, also chronologically, as “session laws.”

The United States Statutes at Large is the “session law” publication for Federal statutes. A single act can be one page long or hundreds of pages long. A piece of legislation can be categorized as either “Public Law” or “Private Law.”

Because each Congressional act may contain legislation on a number of topics, the Office of the Law Revision Counsel reorganizes and publishes numerous acts, or portions thereof, in a topical, subject matter codification.

Read More What is Alabama Transgender Law For Kids? 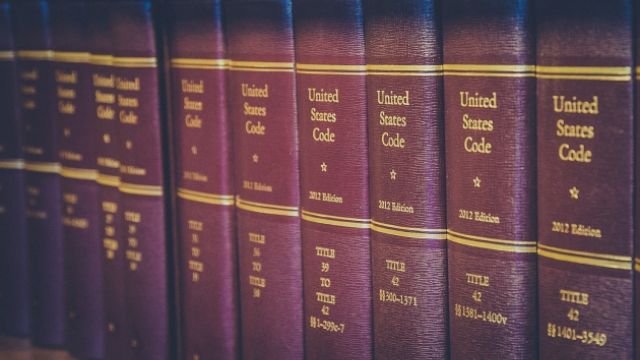 It has 53 titles (Titles 1–54, with the exception of Title 53, which is reserved for a planned small business title). The Office of the Law Revision Counsel of the House of Representatives publishes the main edition every six years, and cumulative supplements are released annually. United States Statutes at Large contains the official form of those statutes not codified in the United States Code.

Many statutes, even in code form, include multiple topics by their very nature. The act making tax evasion a felony, for example, applies to both criminal and tax law, yet it is only found in the Internal Revenue Code.

Furthermore, elements of some Congressional acts are not codified at all, such as the provisions regarding the effective dates of changes to codified laws.

The acts published in the “slip law” and “session law“ forms can be used to locate these statutes. Commercial legal periodicals, on the other hand, frequently arrange and print uncodified statutes alongside the codes to which they apply.

Individual states in the United States generally follow the same three-part methodology for publishing their own legislation, either officially or through private commercial publishers: slip law, session law, and codification.

The Code of Federal Regulations codifies rules and regulations issued by agencies of the Executive Branch of the United States Federal Government. These rules are made possible by particular legislation passed by the legislative branch, and they have the same legal power as statutes.

The CFR yearly edition is a codification of the general and permanent regulations issued by the Government Publishing Office and the Office of the Federal Register (part of the National Archives and Records Administration).

The CFR is also published in an unofficial format online on the Electronic CFR website, which is updated daily, in addition to the annual edition.

Read More What Was The Issue With The IRS Website?

A government that is efficient

With the current law between two covers, arranged, indexed, and at their fingertips, municipal personnel may work more efficiently.

Current law is available to the public.

To decide the appropriate standard of behavior, the public must have access to the law.

Codification is also a method of good governance. Municipalities are now facing a slew of civil rights lawsuits as sovereign immunity has eroded. It is now more necessary than ever for the municipality to have current, well-written, and easily accessible laws.

It serves as a road map for the legislative body

Codification serves to keep the municipal legislative body from introducing new ordinances that are repetitive or inconsistent, and it allows the council or board to look at the entire body of law and identify any gaps in coverage that may require legislation. 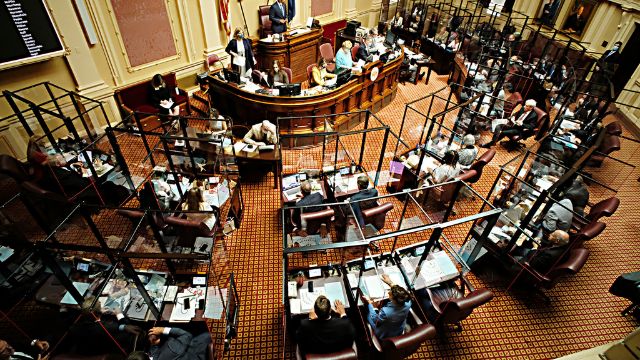 The firm operates as a sort of assistant to the municipal attorney, completing routine citation checks, editing checks, and law comparisons with state and federal law.

The compilation is the process of grouping existing ordinances into categories, usually by subject matter, and then placing them in chronological order within each category. The initial step in codification is the compilation.

Codification completes the task. Removing repealed or obsolete ordinances and editing for correct language, consistency, and clarity are all part of the coding process. Codifying also entails reorganizing the information into more user-friendly titles, chapters, and sections, as well as adding new ordinances. As a result, there is now a single body of current and enforceable law.

What Are Joe Biden’s Concern About Monkeypox ?

What Happened In Paterson Collision Accident?